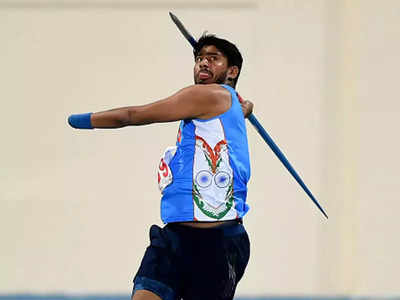 “I didn’t want to sit at home and wait for things to happen. So, I requested our minister and he allowed me to use the hostel. It wasn’t easy because the entire country was in lockdown, but Mr Chandna went out of his way to help me out.”

“I am now throwing beyond 68 metres. This is something that has boosted my confidence for the Tokyo Games, as 63.97 metres is a world record. But I’m not taking anything lightly. “This is the best thing that has happened before Tokyo.” He added.

“I am extremely elated to have won a medal in Tokyo. In Rio 2016 I was disqualified, now I have won bronze.”