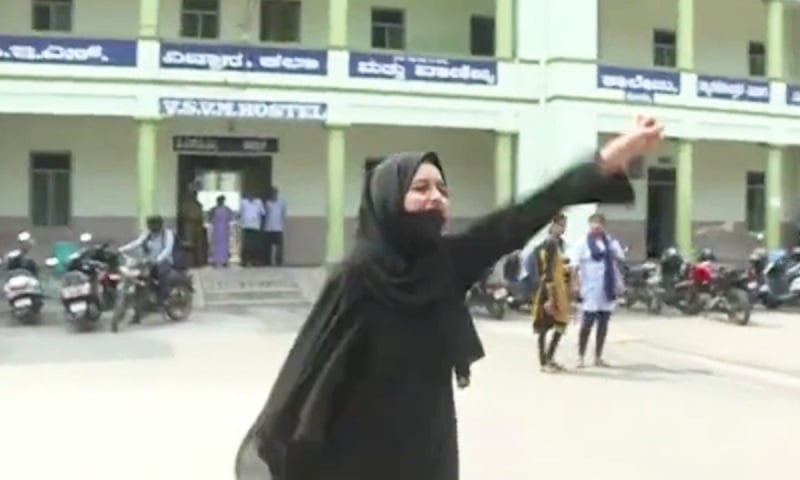 A lone Muslim girl on the way to her college in Karnataka, India is being heckled and harassed by a Hindu right-wing mob for wearing a hijab! pic.twitter.com/DiVjCbqpdW