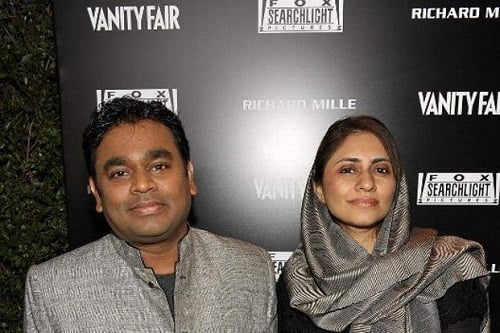 We had a conversation before marriage, otherwise, we would have separated long back. That was my orientation to her. I had told her, if we have planned dinner and a song comes up, we will have to ditch the dinner. She’s a bubbly person and loves peppy music. Whenever I drift towards spiritual music she pulls me back saying there’s enough time for that kind of music.”

One day I was chatting with my wife (Saira Banu) and she is fond of perfumes. So, she said, ‘Why don’t you make a movie on perfumes?’ It was actually her initiative. That time I wanted to create a theatre with projections all over and have scent added to it — just as an experiment. But, in three months, somebody gave me a headset and then my wife said don’t create a theatre and rather do it with VR, which is evolving. It was a kind of an experiment and I loved doing it. So now I will look at doing more of it.”