Gone are the days when only moms were a fan of Saas-bahu daily soaps. The modern Saas-Bahus are not just restricted to TV, they are exploring new things and going off the limits. Being slammed a lot of times by the industry, they have finally started to put their foot forward and prove their worth. The tables have turned and the small screen has started charging what they are worth for just an episode. Let’s find out who all are the highest-paid TV actors in India!

The road from Amritsar to Mumbai was not easy for him. But he did all that took to reach where he is now. The king of Indian comedy, Kapil Sharma tops the list of highest-paid TV actor in India and is known for The Kapil Sharma Show. He has won hearts all over the world with his talent. If you are cracking your bones while laughing just remember that his appearance is as expensive as your luxury SUV, and he charges Rs. 60 to Rs. 80 lakhs for an episode. Can you get enough of Gutthi? Sunil Grover is another successful comedian and his comedy in Comedy Nights With Kapil made him famous in every household. Being in a show with a renowned comedian like Kapil Sharma, he has earned a different fandom that cannot be replaced. Besides this, he has also played roles like Rinku Bhabhi and Dr. Mashoor Gulati in The Kapil Sharma Show, which made headlines. Even if he takes Rs. 10 to Rs. 15 lakhs for an episode, you cannot imagine that show without Dr. Mashoor Gulati. Slammed for being from Chandivali Studios when she debuts in the Cannes Film Festival, Hina Khan believes the place doesn’t define you. Hina Khan started TV as a lead role in Yeh Rishta Kya Kehlata Hai as Akshara Singhania, and now, she is one of the most desired TV actresses in the industry. She has widened her horizons with web series, music videos and a lot more. Leaving no stone unturned she is currently charging Rs. 2 lakh per episode. She set millions of hearts on fire with her exceptional look as Komolika in Kasauti Zindagii Kay 2. After being recognized for Dutta Bhau’s role in Laagi Tujhse Lagan, Mishal Raheja is the next highest-paid TV actor on the list. Mishal started his career at a very young age and since then there’s no going back. He is also known for portraying the character of King Singh in and Kumkum Bhagya. This incredibly shy actor is continuously in demand and is reportedly drawing Rs. 1.5 to 1.6 lakh per episode. This iconic actor needs no introduction. Ronit Roy is among those few actors who made a crossover to television with films. He is known for the role of Rishabh Bajaj in the famous daily soap, Kasauti Zindagii Kay. His keen interest to work in the entertainment industry persuaded him to act in many TV series, films, web series et al even after knowing that there are a lot of difficulties associated with it. Hence, Ronit’s never-give-up attitude made him earn a number of allocates for his work. Currently, Yeh Rishtey Hai Pyar Ke actor is taking Rs. 1.25 lakh for an episode. 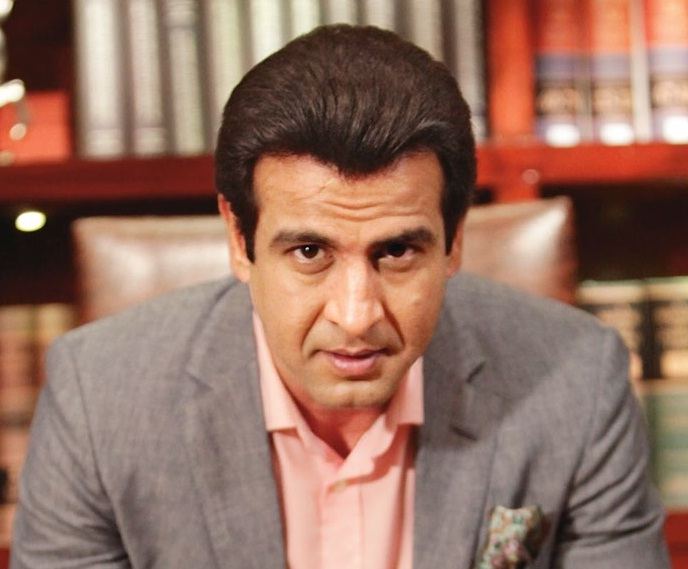 Notable face and one of the oldest actors, Ram Kapoor, has explored almost all the TV platforms. He is known for delivering sterling performances on multiple platforms; whether it’s Ram Kapoor from Bade Achhe Lagte Hain or Karan Khanna from Karrle Tu Bhi Mohobbat, he has wowed the audience with his extraordinary talent. Additionally, Ram caught the eye of the audience as Jai Walia in Kasamh Se and became one the highest paid actor, drawing Rs. 1.25 lakh for an episode. With her calm and poised role as a stepmother, she became famous among a lot of kids. Divyanka Tripathi is known for her role as Dr. Ishita Iyer Bhalla or Ishi Maa in Yeh Hai Mohabbatein. She also won the dance reality show Nach Baliye 8 in the year 2017. Divyanka got married to her long-time beau and Yeh Hai Mohabbatein actor, Vivek Dahiya in 2016 and she charges Rs. 1 to Rs. 1.5 lakhs for an episode. Divyanka was ranked 94th in Forbes’ Highest Earning Indian Celebs. When it comes to the highest-paid actors, we cannot miss Raman Bhalla from Yeh Hai Mohabbatein. Karan Patel has mostly worked with Ekta Kapoor’s production house ever since he started his acting career. Debuted on the small screen in a long-running show Kahani Ghar Ghar Ki, it is his yet another offering Kasauti Zindagii Kay 2 which brought him immense appreciation and truckloads of awards. Karan’s one day of acting is worth a paycheque of Rs. 1 to Rs. 1.25 lakhs. When we think of Ram Kapoor, the other actor comes to our mind in Sakshi Tanwar. We all have seen their astounding chemistry on-screen. Sakshi has been in this industry for over two decades now, but she has never failed to impress her fans with her endearing roles. She gained fame for her role of Parvati Aggarwal in the soap opera Kahani Ghar Ghar Ki. It took a while to make her place among the other famous TV celebs but she made an outstanding comeback with Bade Achhe Lagte Hain. She is one of the most popular television actresses of all time. Besides TV, Sakshi has also worked in movies like Dangal which made her another highest-paid actor charging Rs. 1.25 lakhs per episode. Devo Ke Dev-Maha Dev is the last on the list. But, he sure did make an impact on people, especially women, with his six packs abs and charming roles. Hailing from Jammu, Mohit started his career with a science fiction show Antariksh in 2004. He made an impactful impression with his role in the film Uri-The Surgical Strike. The actor is currently busy exploring the film industry and web series and is drawing a paycheque worth Rs. 1 lakh per episode.