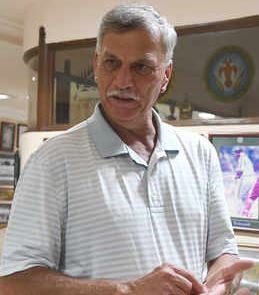 He is stuck in the crease and cannot move, just bowl a little away and force him to drive.’ I did precisely that and Lloyd was gone.”