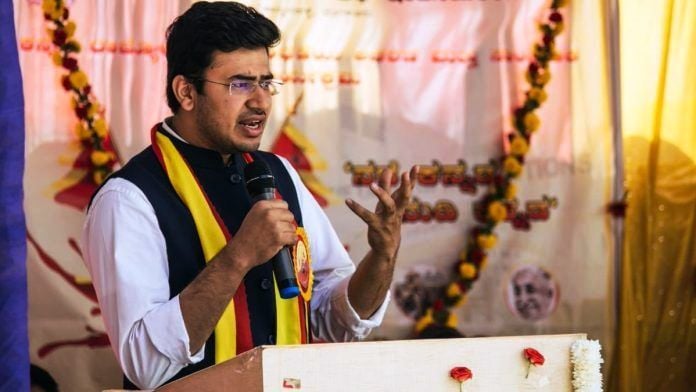 OMG OMG!!! I can't believe this.
PM of world's largest democracy & President of largest political party have reposed faith in a 28 yr old guy to represent them in a constituency as prestigious as B'lore South. This can happen only in my BJP. Only in #NewIndia of @narendramodi

Ananthkumar Ji & @Tej_AnanthKumar ma'am have groomed me from my high school days. I had pestered Tejaswini maam to send me on Jan Chetna Yatra along with AK Ji. She somehow convinced Sir to take me along. I saw my first Bharat Darshan. You both have made me the man I am today.

All anti-India forces have united to stop Modi. While Modi's agenda is building a new & robust India, their agenda is to stop him. They have no positive agenda.