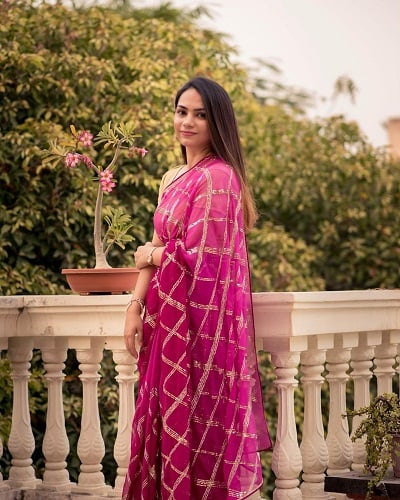 I play every match with the intention of giving my best, and I think it’s normal to have the pressure of performing well. I also had it in the first match I ever played, but I am getting used to it now since I’ve competed in so many competitions and gained more experience.”

I train back home (in Jaipur) or in Bengaluru, where my personal coach is, and when I am back with the (Indian) team, I have a good rapport with the coach currently there, Oleg sir. He understands me well and knows what works for me, what doesn’t. He has been working with us for quite some time now (since September 2016). So there’s an understanding with my personal and national team coach. They are aware of each other. So that works out fine for me. They let me be in my space because that’s more important for me to work with a clear mind.” The life of an international athlete can be hectic, but Chandela loves to travel and always makes the time to stop and smell the roses. Rome, the Eternal City, is her favourite destination.”

I had seen images shot by Gagan (Narang) and I really liked them. Somewhere at the back of my mind I always wanted to learn nature/wildlife photography. So, I am doing an online course. I wanted to get better at it but never got time earlier due to shooting.”

I also want to learn German after finishing the photography course as a lot of shooting events happen in Germany. German is one of the most widely spoken languages worldwide. My uncle speaks very well German so he can also guide me if I falter.”

We have a rifle stand and I used to put a blue towel in it. The stand had a rubber top so it helped me to slide the rifle and hold it. When I had to bring it out the towel would help it to come out smoothly. I have been doing this for many years and I am a little bit superstitious about it.” Apurvi Chandela during her practice sessions

Highs and lows are a part of every sportsperson’s journey I believe and there is always something that I learn from a bad match. The step back after a loss itself gives me the drive to push harder and stronger and take a leap in the next match. Passion for the sport is extremely important and the pride of winning for the country.”

My family is the reason why I have reached this far. They have been my pillar of strength. They are always encouraging me and they enjoy watching my matches. In fact, 12 of my family members were there to support me in Glasgow during the Commonwealth Games. My city, Jaipur, has given me a lot of love, and I’m glad to see so many youngsters take up shooting.”