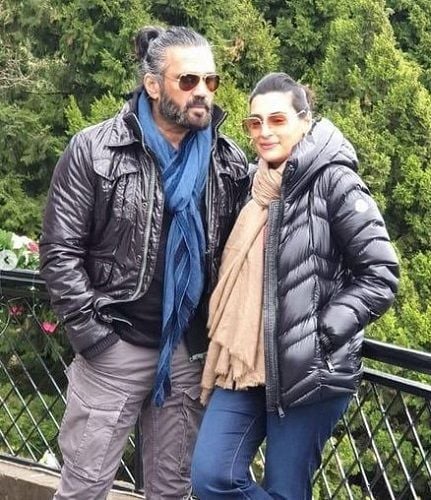 I have never thought of myself as a star wife. It wasn’t a conscious decision but I just feel that though it’s fabulous being Mrs Suniel Shetty, I am my own person. I am still the Mana people knew me years ago. People say I am still so accessible and down-to-earth, but why would that change? Suniel has still stayed so humble. It’s our upbringing and character. We don’t get overwhelmed by the trappings of success. I do attend some filmi parties but I don’t belong to any camp. In the film industry, Suniel is known as anna (elder brother) and that says a lot. While star wives hate other star wives they have always supported me in whatever I have done. It’s been a fabulous relationship with whoever I know.”

I manage because I have days chalked out for certain work. On Tuesdays and Thursdays I visit Save The Children India office, Mondays is for marketing, Wednesday for product lines and Fridays and Saturdays for emails and vendors.”