Palaniappan Chidambaram is an Indian politician, who is considered one of the most prominent members of the Indian National Congress. He has served many key ministerial positions in Congress-led governments. Known for his political acumen, Chidambaram attended Madras Christian College Higher Secondary School in Chennai and completed a one-year pre-university course at Loyola College in Chennai. After receiving a BSc in Statistics from Presidency College in Chennai, he pursued a Bachelor of Laws at Madras Law College. Later, he received an MBA degree from Harvard Business School in 1968. In addition, he also holds a master’s degree that he received from Loyola College in Chennai. Shashi Tharoor is a prominent Congress leader from Kerala. Known for his acumen in the English language, Mr. Tharoor attended many prestigious colleges and institutes including St Stephen’s College, Delhi University, New Delhi, and Tufts University’s Fletcher School of Law and Diplomacy from where he earned multiple degrees such as B.A. (Hons), M.A., M.A.L.D., Ph.D., and D.Litt. (Honorary). Dr. Manmohan Singh, the former Prime Minister of India, is among the highly qualified politicians in India. He received his DPhil from Nuffield College, Oxford University. He graduated from St. John’s College, University of Cambridge, with a degree in Economics Tripos. He also earned a Bachelor of Arts and a Master of Arts in Economics from Panjab University. Kapil Sibal is a prominent Indian lawyer and politician who rose through the ranks of the Indian National Congress (Congress Party). He served key portfolios in the Congress-led United Progressive Alliance (U.P.A.) coalition government. After graduating from St. John’s High School, he attended St. Stephen’s College in Delhi, where he pursued a Bachelor of Arts. He then received a Bachelor of Laws from the famous Faculty of Law at the University of Delhi, followed by an M.A. in history from St. Stephen’s College in Delhi. In 1972, he became a member of the bar association. He qualified for the Indian Administrative Services in 1973, but he turned down the offer and opted to start his law firm. Following that, he attended Harvard. Subramanian Swamy holds a bachelor’s degree in mathematics from Hindu College, Delhi. He also holds a master’s degree in statistics from the Indian Statistical Institute in Kolkata. Hendrik S. Houthakker later nominated him for a full Rockefeller scholarship to Harvard University. He did his Ph.D. in Economics in 1965. Jayant Sinha is a member of the Bharatiya Janata Party. He graduated from I.I.T. Delhi, where he also won the I.I.T. Delhi Distinguished Alumni Award in 2015. Sinha graduated with a Master of Science in Energy Management & Policy from the University of Pennsylvania in 1985. After that, Sinha went to Harvard Business School, where he received an M.B.A. with distinction in 1992. Jairam Ramesh is a senior leader of the Indian National Congress. He is also considered a prominent economist in India. He graduated from I.I.T. Bombay with a B.Tech. in Mechanical Engineering in 1975 and from Carnegie Mellon University’s Heinz College with a Master’s Degree in Public Policy and Public Management in 1977. The following year, he enrolled at the Massachusetts Institute of Technology, where he studies economics, engineering, management, and technology policy. Asaduddin Owaisi is the leader of the All India Majlis-e-Ittehadul Muslimeen. Asaduddin Owaisi holds a Bachelor of Arts from Nizam College in Hyderabad. In 1994, he was a fast bowler for the South Zone inter-university U-25s cricket team in the Vizzy Trophy, and he was later selected for the South Zone university squad. He is also considered a prominent barrister who studied at Lincoln’s Inn in London. 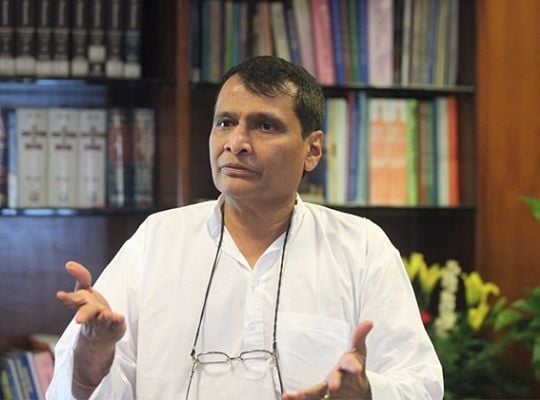 Suresh Prabhu is a member of the Bharatiya Janata Party, who served many key portfolios in the Modi government including the Union Minister for Railways from 2014 to 2017, Commerce and Industry Minister from 2017 to 2019, and Minister of Civil Aviation from 2018 to 2019. He holds a B.Com. (Hons.) degree from M.L. Dahanukar College, LL.B. from New Law College, Mumbai. Mr. Parbhu completed his F.C.A. from The Institute of Chartered Accountants of India, Delhi. He did his Ph.D. in Climate Change Issues about Energy and Environment from Frei University, Berlin. He is also an I.F.R.I. Honorary Doctorate. Nitin Gadkari is a senior leader of the Bharatiya Janata Party. Known for his tenure as the Minister of Road Transport and Highways in the Modi government, he holds M.Com. and L.L.B. degrees from Nagpur University.