After a fabulous season 10, with the trophy being lifted by Salman Ali, Indian Idol is back again with a yet amazing season. The show has raised the bar yet again with not just outstanding singing talent, but with their (contestants) inspiring stories as well. With “Ek Desh Ek Awaaz” (One Country One Voice) as the theme of the season, contestants from across the country have been chosen to be a part of the show. Taking on the mantle as judges are the renowned singer and music composer, Vishal Dadlani, popular singer and youth icon, Neha Kakkar, and the veteran singer and music director, Anu Malik. The show is an Indian adaptation of the British Pop Idol format. The show airs every Saturday and Sunday at 8 pm on Sony Entertainment Television. Let us have a look at the host and the judges of the show.

Meet the Judges and the Host Season 11 of Indian Idol is being hosted by the playback singer, television host, and Bollywood actor, Aditya Narayan. Although the singer has hosted a number of singing reality shows like Sa Re Ga Ma Pa and Rising Star, it is the first time that he is hosting Indian Idol. Vishal Dadlani is one of the top music directors in the Hindi Film Industry. Having judged singing reality shows like Sa Re Ga Ma Pa, Jo Jeeta Wohi Super Star, and Amul Star Voice of India previously, Vishal Dadlani has roped in as the judge of Indian Idol for the second time. He first judged the season 10 of Indian Idol. From being one of the contestants of Indian Idol season 3 to getting selected for the judging panel of the show, Neha Kakkar’s journey in Indian Idol has been an inspiring one. She is one of the most sought after singers in Bollywood at present. Anu Malik, who has judged almost all the seasons of Indian Idol, is back as a judge on the show for this season too. The singer and director was replaced by Javed Ali in the previous season, on the account of #MeToo allegations levelled against him. On 21 November 2019, Malik stepped down as the Indian Idol 11 judge. In a statement to TOI, Anu said,

I have taken this decision voluntarily. I want to take a three-week break from the show and get back to it only after I have cleared my name. While the channel has been supportive, it’s solely my decision to take this break. All I want to say is that before jumping to a conclusion, it’s important to hear the other side as well.” After clearing several rounds of the auditions, the top 15 contestants have secured their places in the final competition. The participants will compete with each other for several weeks and the show will ultimately reach its finale. Now, let us introduce you to the ‘Real Heroes’ of the show. The 11th season of the Indian Idol has kick-started on Sony Entertainment Channel, and the top 15 talents of the show have already entered the musical battle. With each contestant giving his/her best performance to move forward in the show, it is going to be a wonderful journey altogether. The participants move ahead in the show on the basis of the marks they obtain from the judges and the votes they receive from the audience, collectively. Contestants will get eliminated one by one each week and the top 5 contestants would make it to the finale. 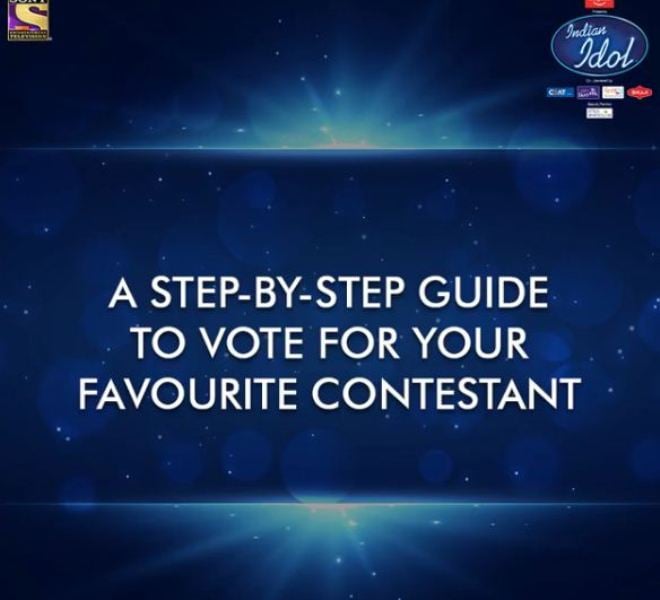 Have you already set your favourite? So, let’s understand the voting process in detail to save them from the elimination. The viewers can save their favourite contestants by casting their votes through the ‘Sony LIV‘ app or through the website, ‘www.firstcry.com‘.

Follow the below-mentioned steps to cast your vote through the Sony LIV mobile application. Step 2: Register yourself by filling in the required information. After logging into your account, select ‘Vote Now’ option. Step 3: Now, select your favourite contestant and tap on the ‘Vote Now’ button. Note: Each user can cast a maximum of 50 votes. The voting lines remain open from 8 pm to 12 pm on Saturday and Sunday.

Step 3: Now, you will see a list of Indian Idol 11 contestants. Choose your favourite contestants and tap the “Submit Vote” option.

If you are facing any problem in the voting process, do let us know in the comments section below, and we at StarsUnfolded shall try to answer your queries at the earliest.