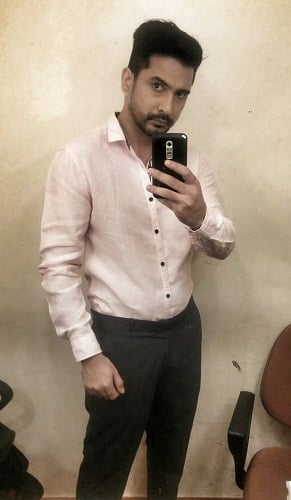 I had multiple health aberrations with typhoid and jaundice. I was part of many shows at that moment. I do not like talking about anything. I was collapsing and that was when I had to be taken to Bangalore for treatment. It took me nearly 3 months to recover. Post that, I stayed in Bangalore for another 9 months or so. And now it is a nice feeling to get back to work.”

We have not found any evidence that suggests he may have been killed. Also, no suicide note has been found at the house so far. We are still investigating the case.” [6]NDTV

May #SameerSharma soul rest in peace. prayers for the closed ones to have strength to cope up with the loss. It’s unfortunate @ rate suicides n depression is increasing in our society may be we all need to give it a serious thought and not just think but take actions too

I was in touch with him through the lockdown; just two weeks ago, we were chatting with each other via voice notes. He told me that he feels blessed to have come back from a bad phase in life, which he fought successfully and now he was busy with work. He went through a rough patch when he fell ill and was hospitalised in Bengaluru, a couple of years ago. After his recovery, his parents were averse to him returning to Mumbai, but he came back and rented an apartment not too far from my residence. In fact, on Wednesday night, I had passed through his lane and saw two fire brigades and a police van outside the building. I checked with another friend, who told me that someone had died by suicide. Yesterday, I got to know that it was Sam. I am still shaken up and can’t come to terms with it. Sam was a fighter, not someone who would give up. Just 15 days ago, he was in Lonavala and had told me that he wanted to step out.”