In India, the fashion industry has mostly been women-oriented. In the past, female models were the ones who got the chance to work with international designers and prominent fashion brands comparatively more than male ones. But this has changed slowly over time. There are a few male models who made it to the top, and their success inspired many guys who aspired to become successful models. Mentioned below are the top 10 male supermodels in India who earned their place in the elite group of models: Milind Soman is the most famous model of his era. You can say that he is from the first generation of male models in India. He became a popular face after he featured in Alisha Chinai’s music video ‘Made in India.’ Later, he appeared in many print and TV commercials. He has also appeared in many popular TV shows and Bollywood films. This handsome hunk is a model, dancer, and actor. Farhad Shahnawaz has walked the runway for many reputed fashion designers including Sabyasachi Mukherjee, Manish Malhotra, Wendell Rodricks, Vikram Phadnis, Asmita Marwa, Rohit Bal, etc. He was also the Show stopper for Sabyasachi Mukherjee in Lakme Fashion Week in 2008. 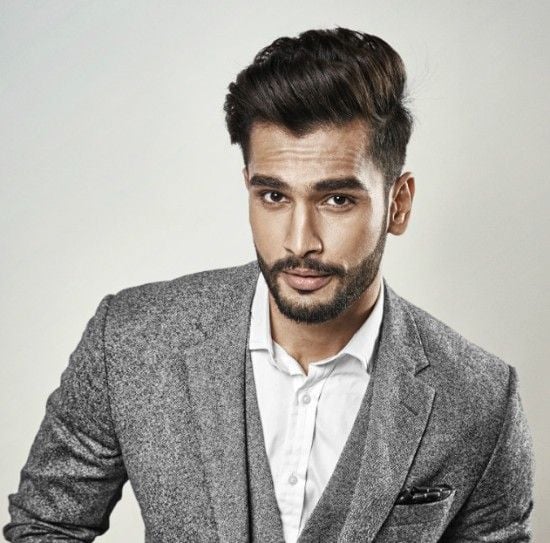 Rohit Khandelwal was crowned as Mr. India in 2015, and he became the first Asian to win the title of Mr. World in 2016 among 47 contestants from all around the world. He has worked with many fashion designers.

One of the most successful supermodels Gaurav Arora started his modelling career from Gladrags Manhunt and Mega model Contest in 2006, where he was the second runner-up. He is one of the most successful and well-known models in the industry. He has also been listed on Vogue India’s most desirable Indian men list. Working with top-notch fashion designers like Manish Malhotra, Rohit Bal, Tarun Tahiliani, and others, he has glazed the ramps of Lakme Fashion Week and India Fashion Week. He has posed for many leading fashion magazines like Vogue and GQ and represented India in the United States, Canada, Dubai, and Thailand. Prateek Jain’s chiseled body has been eye candy for the audience in multiple fashion shows. In 2015, this dusky beast won the Asian Supermodel Contest held in China; he became the first Indian to do so. Prateek aka Mr. Iron Man has won the title of Provogue MensXP Mr. India World 2014 and also represented India at Mr. World India in 2014. He was listed as the 18th Most Desirable Men in 2014 by The Times of India. Karan Oberoi is among India’s most popular supermodels. He has won many popular awards such as Mr. Best Physique and “Hottie of the Fortnite” by Filmfare magazine. He has worked with prominent fashion designers including Rohit Bal, Shantanu & Nikhil, and Rajesh Pratap Singh. He has also endorsed many international brands like Lamborghini, Jack & Jones, and Aldo. He has appeared in many prominent fashions shows including Lakme Fashion Week, Wills Fashion Week, GQ Fashion Nights, and India Couture Week. Nitin Chauhan has worked for many national and international brands including Ducati motorbikes, Titan, and Raymond. He has also worked for many famous designers like Manish Malhotra, JJ Valaya, and Joy Mitra. He likes to keep experimenting with his facial hair and create new looks. In addition, he has modelled for Lakme Fashion Week. Ravi Goswami has worked for many brands in Paris, Milan, and London. This cute guy with bouncy curls hails from Uttarakhand and has walked the runway for some “Big Shots” of the fashion industry like Armani, Dolce &Gabbana, John Barritt, The B. by Federico Barrazzo, Dirk Bikkembergs, and others. Walking for Milan Fashion Week is like a dream come true for any model, and Ravi Goswami is one of them. Prabh Uppal’s smouldering looks and rugged tattooed body has made several popular designers choose him for showcasing their attires like Sabyasachi Mukerjee, Anita Dongre, and Tarun Tahiliani. His aura is eye-catching and makes heads turn when he amps up the ramp. Besides modelling, he is a photographer too and likes to post actively on social media. Acquin Pais is a model who became popular after he met Prasad Bidapa, a fashion and talent expert. He had a chat with Pais and the next thing you know, he was shooting for Spykar Jeans. Soon, he left for Milan, and there, he worked with high-end style brands like Ralph Lauren, Dolce &Gabbana, Paul Smith, Etro.